In Germany it is customary to calculate prices for translation work with the help of standardised lines of text, so-called ‘Normzeilen’ consisting of 55 characters each including blanks. The number of characters in a source text (original text) or in a target text (translation) can be used as the basis for price calculation. In case of non-electronic texts usually the target text is used for convenience.

The only official schedule of fees for translators and interpreters in Germany is the Law on the Remuneration of Interpreters and Translators (JVEG-Gesetz). This statute says in particular:

The rate for translating every 55 characters (=one line of text) amounts to net €1.55 ('basic fee'). In case of documents that are not electronic and editable texts, the fee rises to net €1.75 for every 55 characters of a source text ('increased fee'). In case of particularly difficult translation resulting from a high number of specialist terms, poor legibility, very high urgency, or when the foreign language in question is rarely used in Germany, the 'basic fee' amounts to net €1.85 and the 'increased fee' to net €2.05.

By contrast, in English-speaking countries it is customary to calculate prices for translation services based on the number of words. This method is rarely applied in Germany because long compound words are quite common. It would be unfair to count "Donaudampfschifffahrtsgesellschaftskapitän" as just one word when it consists of six different semantic units that need to be converted into another language.

In Poland, on the other hand, it is customary to calculate the prices based on pages rather than lines of text or words. A standardised page consists of 1,125 characters; this is also the definition used in the Polish law on remuneration of sworn-in translators and interpreters. The number 1,125 is, however, the result of addition of 25 lines per 45 characters, which is not very different from the German standard.

In the translation industry, apart from prices per line, word or page, you will encounter special pricing arrangements based on the number of matches. ‘Matches’ are simply repetitions of phrases or their parts resulting from a similar translation done in the past and made available by means of translation memory. Therefore, it makes a lot of sense to cooperate with a particular translator over a longer period. If your documents often contain the same or similar phrases, then your translator can work with a translation memory tool (also called computer-assisted translation tool). With the help of such a tool, the translator can make use of bits already translated in the past. This not only saves time and money, but also makes the terminology more consistent.

Depending on the quality of matches, they are represented in percentages. You can then hear from the translator that he charges for sentences without any match 20 Cent per word, for 50% repetitions 10 Cent, and for exactly the same words 3 Cents. This calculation method is especially fair for you as a customer remunerate the translator for their actual work. 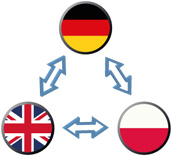 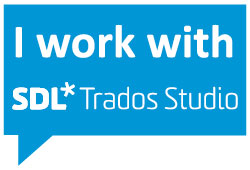